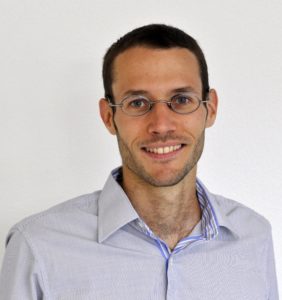 Meet Markus Thurner! Markus is currently a Principal Software Engineer in our Winterthur offices in Switzerland. He graduated with a degree in Media Technology and Design from the University of Applied Sciences in Hagenberg, Austria and went on to work at a small company working mainly on image recognition and inventory solutions.

While the company he worked at had some commercial successes mostly in the US, he believes that he “eventually came to the realization that technologists are just bad salesmen”. And after that adventure, he contracted at small companies for the Swiss market, contributing to products in the fields of automated software distribution and web application firewall.

Fast forward to 2010 and after having earned experience building up remote teams, working across Europe and North America, he decided to take the chance to do the same at Cimpress. Markus has been working here for 7 years now, all the way back when it was still called only Vistaprint, and he was only the 2nd software engineer hired to start at the Winterthur office in Switzerland.

Currently Markus works at the Fulfillment Capabilities team, which is dedicated to enable frictionless onboarding and platform participation for Fulfillers, who can connect to the platform by using our software UIs, APIs and services. His team, based in Switzerland, consists of 5 people, and owns the Fulfillment Order Manager API and a related UI on top of it, enabling fulfillers to retrieve orders from Cimpress Mass Customization Platform.

Being part of Cimpress for so long, one of his favorite memories here at Cimpress Technology was seeing the Mass Customization Platform taking shape, and getting new users for our services as well as witnessing how new and old teams are starting to collaborate and perform within Cimpress Technology.