Cimpress recently set out to increase its use of responsibly forested paper from zero to more than 80 percent across 13 brands worldwide in 12 months. We can confirm today that we have exceeded that goal by five percent with our largest brand, Vistaprint, reaching an astounding 95 percent. Jeff Freeman, Senior Manager, Global Sustainability at Cimpress, was recently given top honors for his instrumental role in making this ambitious initiative a success. Please join us in congratulating Jeff for being named Sustainability Champion in the 2018 Sustainability Awards by the Business Intelligence Group.

The responsibly forested paper initiative is one of Cimpress’ three company-wide social responsibility programs centrally defined and mandated by Cimpress CEO Robert Keane. With Robert’s clear vision and full executive support and funding, Jeff kicked off the program by creating a detailed education and communication plan. This step would prove critical for engaging stakeholders and achieving success.

One key aspect of this plan was spending time with key members of Cimpress’ businesses and discussing the rationale behind the change. During these discussions, Jeff educated stakeholders about responsible forestry and the impact Cimpress’ choices have on deforestation and the environment. He also designed a framework for Cimpress team members to follow while renegotiating contracts with new and existing suppliers and qualifying paper stocks within the manufacturing process. This step was essential for aligning Cimpress’ decentralized businesses and ensuring a seamless transition for Cimpress’ millions of customers.

Because of Jeff and his team’s hard work, Cimpress successfully achieved its ambitious first year targets in a multiyear initiative to transition to responsibly sourced paper. The outstanding work of the team demonstrates that large environmental initiatives can be reached with thoughtful leadership, dedicated teams and clear objectives.

“Mr. Freeman’s approach is one others can follow to make their next environmental initiative a success,” said Maria Jimenez, Chief Nominations Officer, Business Intelligence Group. “We are pleased to honor him for his contributions to making a more sustainable world.”

Learn more about Cimpress Corporate Social Responsibility, including the company’s ambitious plan to reduce carbon emissions by 50 percent by 2025. 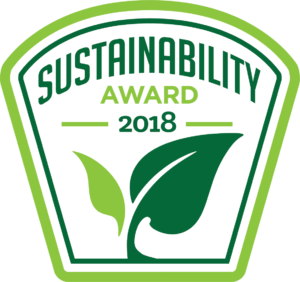